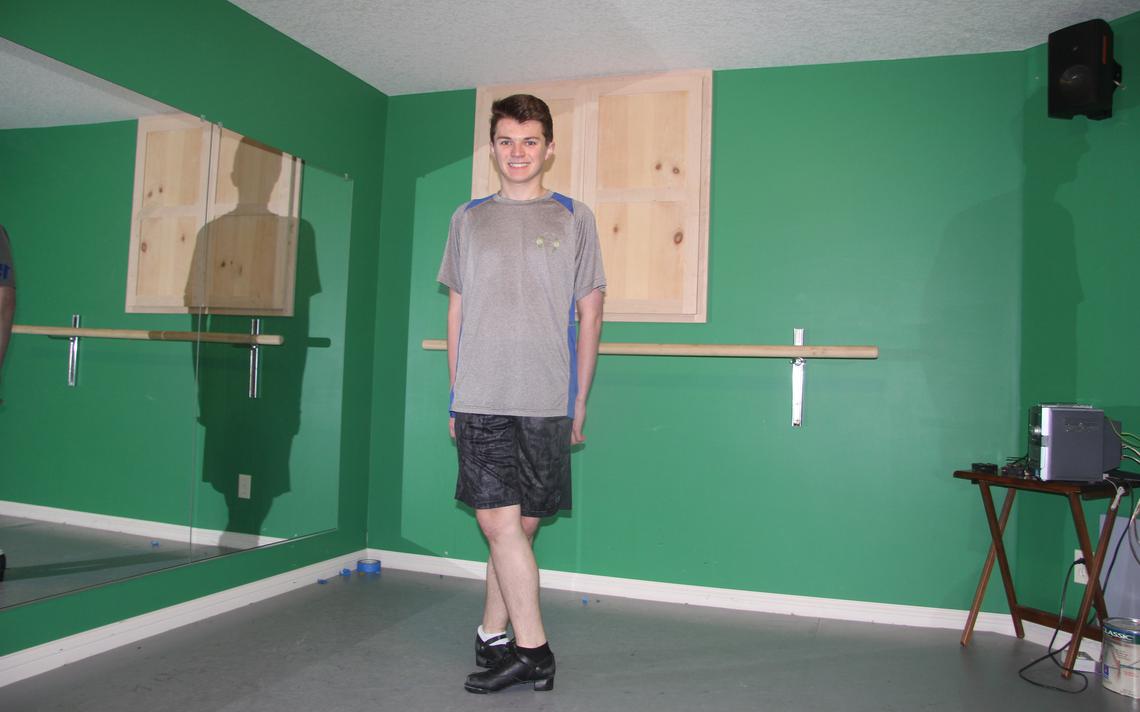 Woodbury has its own lord of the dance.

In addition to placing first as a solo male dancer in his age group, Boyles also placed third as part of a team.

“I’m so proud of him,” said Denise Boyles, Sean’s mother.

Sean first began participating in Irish dance when he was about 7 or 8 years old, he said, after his mother signed him up.

Denise signed Sean, and his sister, up for Irish dance lessons at a school in St. Paul after winning a full-year tuition at a school auction.

“Both my husband and I are a quarter Irish,” she said, “and we’ve always loved ‘Riverdance.’

“Plus, when your kids are little, you want to see what they like by having them dabble in different things.”

Sean eventually became the sole dancer in the family though.

“His sister was good at dance, but Sean was much better,” Denise said. “She’s very competitive so she doesn’t dance anymore, she got into sports.”

Denise said she could just see it on Sean’s face how much he enjoyed dancing.

“He really does love to perform,” she said. “He would always be dancing around the house.”

Sean began to excel at dance so rapidly that he eventually switched schools, to O’Shea Irish Dance School, which has a higher emphasis on competition.

“He had gotten to the point where he really couldn’t progress any further,” Denise said. “We knew he was good, we just didn’t know how good.”

The director of O’Shea Irish Dance School is Cormac O’Sé, one of the original dancers with “Riverdance.”

In order to qualify for the major competitions, both national and international, Boyles practices for many hours every week.

“It can be kind of a pain sometimes,” Sean said.

At competition, the dances that Sean performs are reel, which is done with a soft shoe, treble jig and hornpiper, which are both hard shoe, similar to tap shoes or clogs.

“We jump a lot more,” Sean said of how Irish dance is different from other styles. “Other dancers stay pretty close to the floor.”

Sean said he was nervous about going into last month’s competition because anything could have happened.

“You never really know what could actually physically happen at that time,” he said. “I was freaking out right before, so I was just trying to keep myself calm.”

While Sean was surprised when his name was called as the first place winner, Denise wasn’t so surprised.

“His teacher told us it was the best he’s ever seen him dance,” she said. “He floated through the air.”

“It’s amazing to see how much he’s improved,” Denise said.

Sean isn’t just recognized in competition for his talent, he has also received athletic letters from East Ridge.

Irish dance first began being recognized as a lettering sport in District 833 three years ago at the request of another dance parent, Denise said.

Sean will next be heading to Glasgow, Scotland for the world Irish dance competition, which will be held this spring.

“Hockey’s got nothing on Irish dance in terms of cost,” Denise said. “There’s so much traveling.”

After he graduates high school, Sean said he hopes to stay involved with Irish dance, maybe as a teacher.

However, he doesn’t see himself auditioning for any touring shows.

“You’re committed with that for a while,” he said. “It’s not something I want a career with, but it’s something that I have a passion for.”

Denise said she is so happy that Sean has found something that he loves.

“Dancing in general has just made a place in my heart,” he said.

Sean Boyles will next be performing Dec. 26-27 at the Chanhassen Dinner Theatre’s Celtic Holiday Hooley, presented by the O’Shea Irish Dancers. Visit woodburybulletin.com for a video of Boyles dancing.