Natalie O’Shea discovered one undeniable fact while writing the play Get Up Your Irish: A Celebration in Music & Dance. Regardless of country of origin, throughout history each immigrant group that arrived in Minnesota was initially viewed with suspicion.

“Somebody tries to come in and all those barriers go up that say you’re different,” O’Shea said. “You look funny. Your food smells funny. Why are you wearing that?”

It is that “us against them” alienation all newcomers experience regardless of ethnicity that O’Shea tries to capture, in hopes that all who see this original production will recognize that in some ways we are all the same. Get Your Irish Up: A Celebration in Music & Dance will premiere at SteppingStone Theatre in St. Paul from March 11 through March 20. 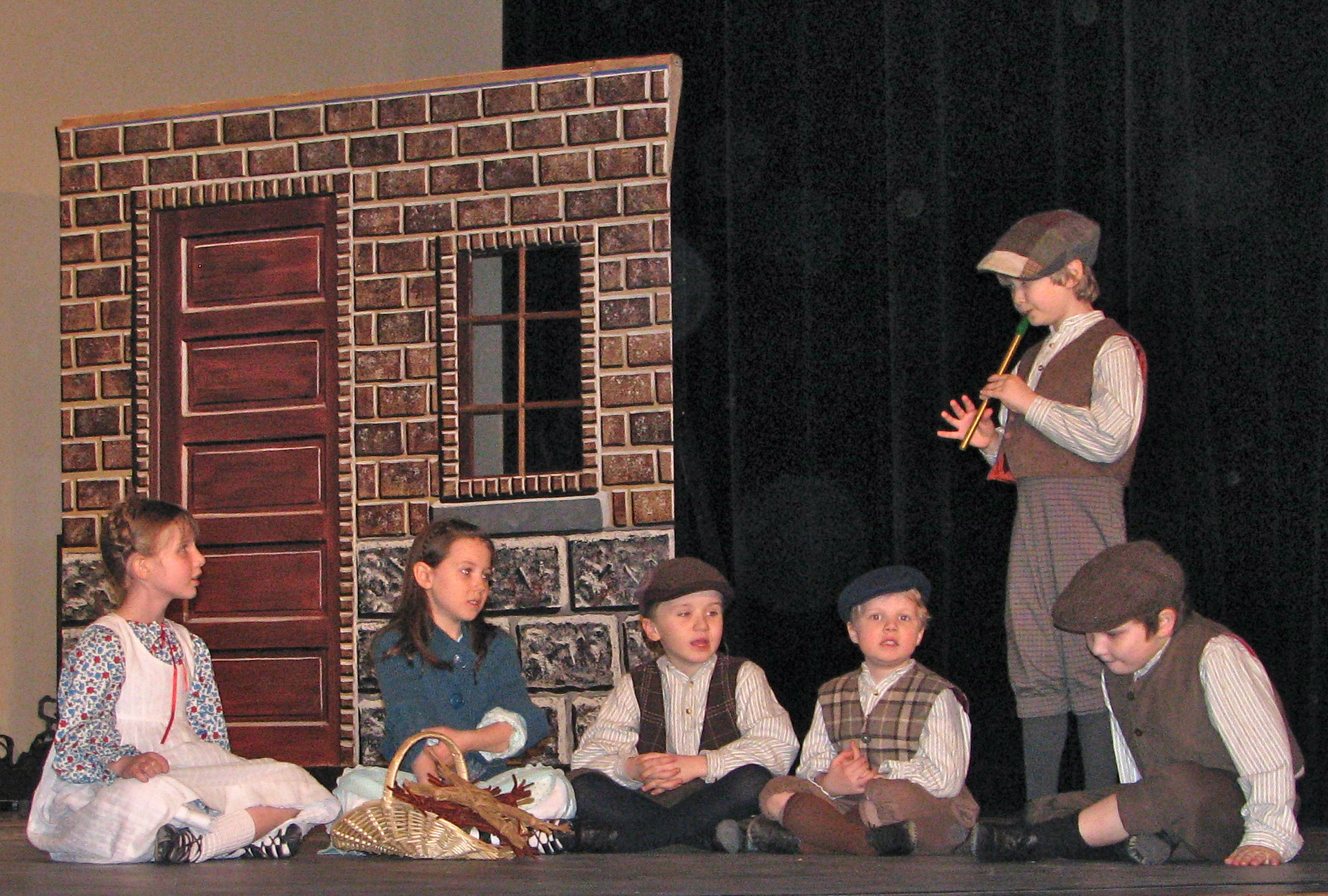 Get Up Your Irish tells the story of a group of immigrants from the fishing village of Connemara, Ireland who, in 1880, were plopped in the prarie land of Graceville, Minnesota under the order of Archbishop John Ireland. Far removed from other Irish immigrants, unable to speak English, and unprepared to cope with farm life, the Connemara Irish endured the harshest winter on record. Several people died from the bitter cold; yet the Archbishop ignored their pleas to relocate to St. Paul. Under pressure from Freemasons and the public, the archbishop finally relented and, in the spring of 1881, permitted them to move to an area adjacent to Swede Hollow in St. Paul. This poor shanty town located below the then-prestigious Dayton’s Bluff community became known as Connemara Patch. Embarrassed by the entire matter, the Archbishop labeled the Connemaras as ignorant, shiftless, and lazy: stereotypes that stuck with them for generations.

Through the eyes of one Connemara teenager, P’adraic, we see the turmoil the Connemaras experience as he struggles with identity while combating the stereotypes thrust upon him by the more established groups in St. Paul, especially the non-Connemara Irish. While strong animosity was hurled between the Connemaras and other ethnic groups such as Swedes and Germans, O’Shea chose to primarily focus on the tension between the affluent Irish of Dayton’s Bluff and the poor Irish of Connemara Patch.

Although this is the first play O’Shea has written, she has a strong theatrical background. O’Shea holds a bachelor’s degree in theater from St. Olaf College, and worked in a variety of key behind-the-scenes roles at the Guthrie, off-Broadway, and even with Riverdance. Still, writing Get Your Irish Up offered its own set of challenges.

“I’ve had to put my hand to many things, but playwriting is a first,” O’Shea said. “It’s been a very humbling experience.”

Though it is a fictional story, O’Shea spent months researching the Minnesota immigration history to ensure the play is historically accurate. With the help of Ann Regan, editor-in-chief of the Minnesota Historical Society Press and author of They Chose Minnesota, O’Shea was able to weave a fictional story around the factual information she discovered.

“There’s no historical basis to the characters,” O’Shea said. “It’s just my invention of a story of what the conflict might have been like and what might have happened had they resolved it with acceptance, faith, and peace rather than violence, hatred, and prejudice.”

As she wrote the play, O’Shea felt the ideal venue for its debut was SteppingStone Theatre because of its history of working with young actors.

“One of the things SteppingStone Theatre does is brings kids from all cultural and economic backgrounds and exposes them to theater,” O’Shea said. “It’s one of the things they do best.”

O’Shea, along with her husband Cormac O’Shea, founded O’Shea Irish Dance School; they co-own the Celtic Junction in St. Paul, a family-friendly place that showcases local Irish music, dance, art, literature, and language and embraces all who want to share in Irish culture. They see this play as another way of bridging differences and uniting people. They recruited dancers from three Irish dance schools to act in the play; for some, it is their acting debut. Also, authentic Irish music will be performed during the play by the Two Tap Trio, featuring co-creator Norah Rendell. O’Shea hopes it is through the music and dance the audience connects with her true message.

“One of the big points I hope I make in the play is what transcends the language barrier, actually all barriers, is art,” O’Shea said. “Art can speak where language fails. I believe that with every part of my soul.”

Get Up Your Irish: A Celebration in Music & Dance will showcase youth performers from O’Shea Irish Dance School, St. Paul Irish Dancers, and Greenfire, as well as ensemble musicians from the Center for Irish Music. The play will run from March 11-20 at SteppingStone Theatre. Tickets range from $10 for children and seniors to $14 for adults. Call 651-225-9265, or see SteppingStoneTheatre.org, for tickets and showtimes.

Ann Regan, author of Irish in Minnesota, will host a post-show discussion and book signing following the 7 p.m. performance on March 19.