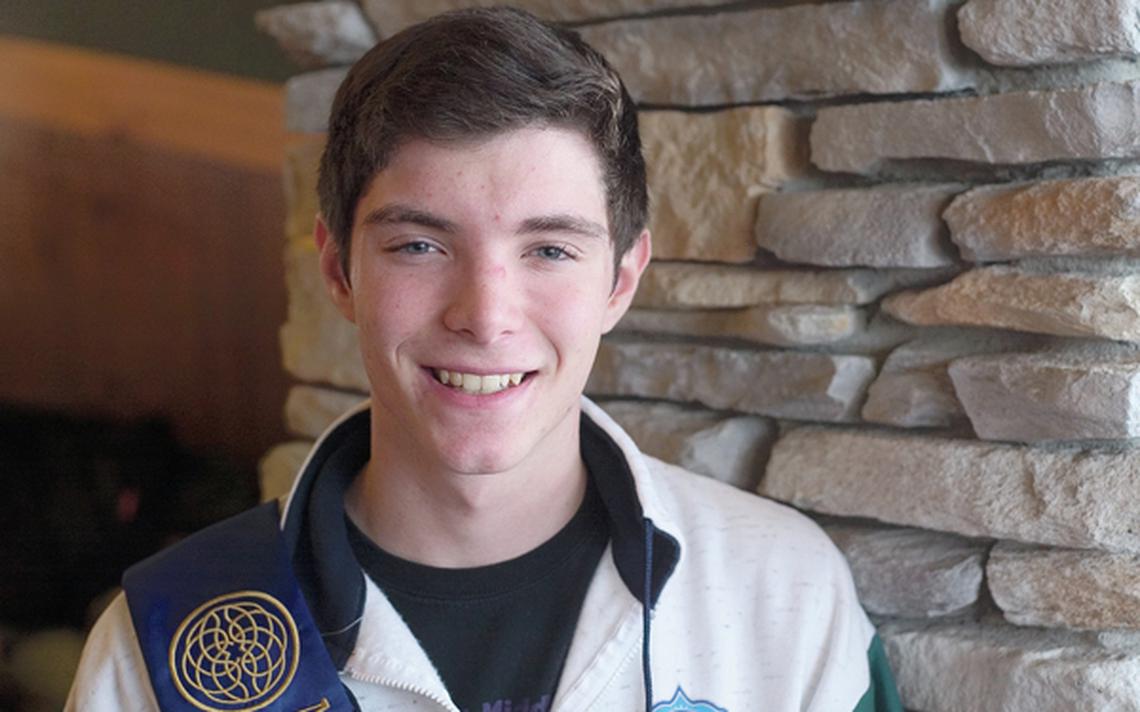 When Evan Lowe was 3 years old, his mom, Patti Spencer, took him to the Irish Fair at Harriet Island. She wanted to see the Irish dancers. He didn’t.

Evan lost the argument, and 11 years later he’s glad he did.

“We went in and then they couldn’t get me to leave,” said Lowe.

From that moment on Lowe, a freshman at Rosemount High School, has lived to dance. He dances everywhere: in the shower, in gym class and at the studio.

“Last week I got kicked out of gym class for dancing when we were playing volleyball,” Lowe said with a smile. “I just love to dance.”

When he’s not dancing he likes to watch others. He rented the Lord of the Dance videos so often that eventually the store gave the video to him.

The obsession is starting to pay off. Over the weekend of Nov. 26-28, Lowe competed in the Mid American Oireachtas. The competition draws the best Irish dancers from throughout the region, and as Lowe found out, in the world.

“I sort of came out of nowhere,” said Lowe of his win at the Mid-American Oireachtas.

While he’s danced for years, Lowe only recently started competing. To qualify for worlds having only taken part in a few competitions is remarkable, said Spencer.

“I think he surprised a lot of people,” she said.

Lowe trains like any other competitor does. He spends hours in the studio perfecting his art and is always studying ways to be better. He dances for O’Shea Irish Dancers in St. Paul.

“He’s incredible,” said Spencer. ” He is very self motivated.”

A former student of the St. Paul Irish Dancers, Lowe decided to switch so he could dance competitively. The school, which is led by Cormac O’Se, is one of the best in the region and frequently sends dancers to national and world competitions. O’Se is an experienced dancer who has worked in productions including Riverdance.

Lowe will spend the next few months practicing in preparation for the competition. He also will do some fundraising to help him with expenses for his trip to Dublin.

Lowe hopes going to worlds is just the beginning of his dance career. He has set goals to dance for either the Trinity Irish Dance Company or for a major show such as Riverdance or Lord of the Dance. Trinity Irish Dance is one of most revered Irish dance companies in the world.

Outside of dance, though, he’s just a regular high school freshman. He likes to hang out with his friends and loves old rock and roll.

“I like to find what legal shenanigans I can get into,” said Lowe.